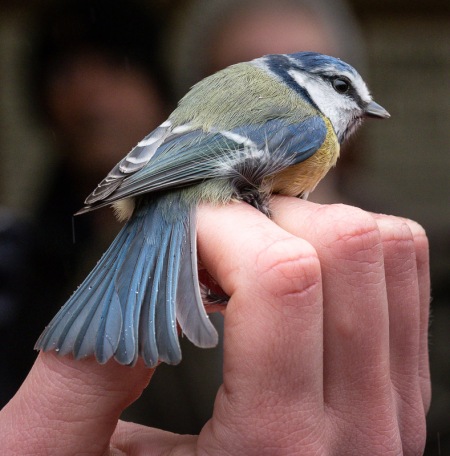 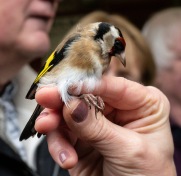 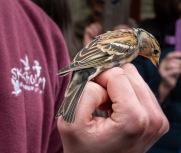 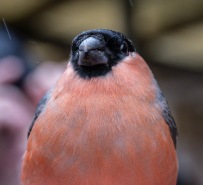 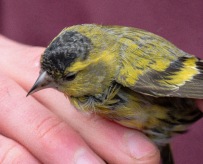 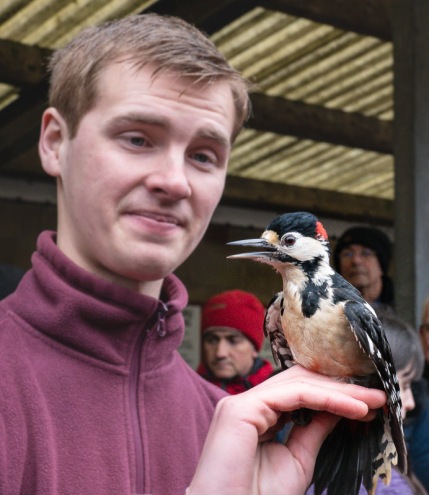 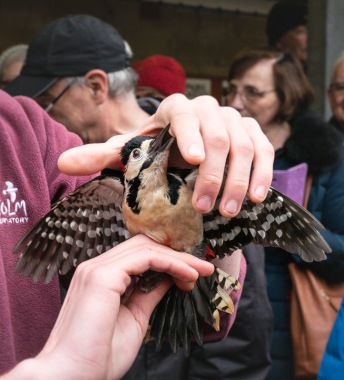 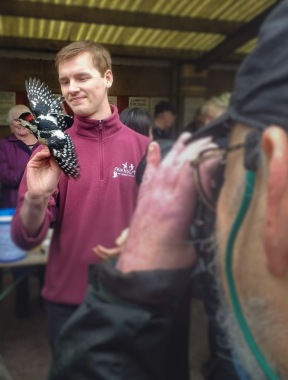 There was a demonstration of bird ringing at Ashwood Nurseries given by Belvide Ringers this morning.They caught and ringed an amazing number of birds while we were there, including blue tits, great tits, a coal tit, siskins, bramblings, a robin, a chaffinch and woodpeckers. It rained fairly heavily for much of the time, but the birds and ringers were under cover and it was the audience who were out in the rain. It was a good test of the weather resistance of the camera – the only problem I had was when an accumulation of raindrops on the viewfinder eyepiece persuaded the camera I had it up to my eye and disabled the rear screen. The light was very poor, and with the small subjects and movement I had to use a high ISO setting, and even then I could not get an adequate speed and aperture.

In the last photo, the photographer is me, and the photo was taken by my friend Phil Griffiths, who suggested the visit and provided the transport. His photo is with a phone, and better than my photos!

I'm a BOF (Boring Old Fellow) and MOS (Miserable Old Soul) whose main interests are photography, cycling, walking and computers. Regrettably recent problems with my legs, back and heart have reduced the cycling and walking.
View all posts by Mike Hessey →
This entry was posted in Uncategorized. Bookmark the permalink.