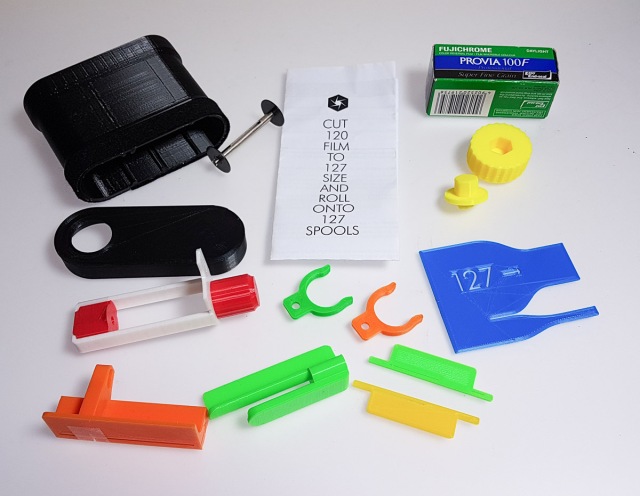 There are very few 127 films available for cameras like the Rolleiflex Grey Baby and the Yashica 44, and none at all from the recognised film suppliers such as Fuji, Kodak etc. In fact those 127 film that are available have been cut down from other formats and respooled. Now I’ve found this kit which enables the respelling to be done using the 120 film of choice. It arrived this morning, so I haven’t yet had a chance to try it, and it looks as though it may b e a bit fiddly, but I’m looking forward to trying it. I’ll probably try a roll of Fuji 400 Pro to start with – it’s still possible to get good black and white film – HP400 and Rerapan 400 – at the moment, but colour neg is rarely available, so that is the first priority.

I'm a BOF (Boring Old Fellow) and MOS (Miserable Old Soul) whose main interests are photography, cycling, walking and computers. Regrettably recent problems with my legs, back and heart have reduced the cycling and walking.
View all posts by Mike Hessey →
This entry was posted in Uncategorized. Bookmark the permalink.
Loading Comments...